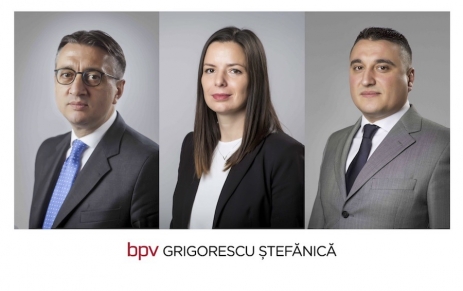 Mondialacqua, whose majority shareholder is the American group Culligan Water, is an important player in the public water fountains` market and is continuously expanding throughout Europe. The decision issued by Bucharest Court of Appeal upheld Mondialacqua’s claim for the annulment of a utility model registered by a competitor.

As a first step, bpv GRIGORESCU STEFANICA filed a motion with the Romanian State Office for Inventions and Trademarks (OSIM) requesting the annulment of the utility model registered by Mondialacqua`s competitor. OSIM admitted the motion and annulled the utility model. In the ensuing court dispute, the Bucharest Tribunal upheld the challenge against OSIM`s decision. Finally, the Bucharest Court of Appeal ruled that the utility model be annulled and awarded in full the claim of our client.

“The dispute was challenging, considering that it is the first dispute, in Romania, aiming to annul a utility model. From this perspective, the lack of any case law raised the difficulty of the case, as the team was required to provide the court with an adequate and accurate interpretation of the legal provisions in the broad context of patent laws. Further, the dispute was demanding both in term of duration (it was initiated in 2015) and required evidence. Two complex expert reports were required to answer the objectives approved by the courts. Finally, we are anxious to read the full text of the court ruling in order to understand how it is likely to shape the future case law in these matters. We expect the court to rule one of the main questions raised in the dispute: in order to enjoy protection, is it required that a utility model shows a minimal inventive activity or element, beyond the mere juxtaposition of pre-existing elements that does not lead to a new effect?” Daniel Stefanica declared.

📃 Sign-up to receive bpv Grigorescu Stefanica’s newsletter in English and find out about the latest legal, industry and business insights, as well as information about our firm and invitations to our events.

Any cookies that may not be particularly necessary for the website to function and is used specifically to collect user personal data via analytics, ads, other embedded contents are termed as non-necessary cookies. It is mandatory to procure user consent prior to running these cookies on your website.