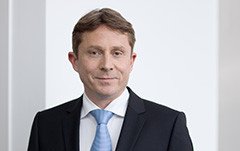 Due to insufficient funds, an administrator in bankruptcy did not see any possibility of asserting a potential claim for rescission in the insolvency of a debtor company so he assigned the claim to a third party in return for payment. In the subsequent rescission proceedings between the third party and the opponent of the rescission, the latter had contested, among other things, the plaintiff’s right to sue because an assignment of a claim for rescission due to bankruptcy would not be permissible. So far this has been the prevailing doctrine as well as supported by two lower instances, which have therefore rejected the complaint. However, the Supreme Court took a different view and considered the assignment admissible in principle. (17 Ob 6/19k)

The facts are simple, but the question of law is complex

The later debtor had sold three properties to the defendant during the relevant period regarding the rescission. The defendant had a close relationship with the debtor (wife of the de facto managing director), the purchase price apparently appeared to the administrator in bankruptcy to be unreasonably low, so that he suspected a claim for rescission on the grounds of intention to discriminate within the familia suspecta (§§ 28 Z3 in conjunction with 32 IO). The debtor’s assets did not contain sufficient funds to allow the insolvency administrator to litigate (the granting of procedural assistance in the event of insolvency is extremely restrictive), so that the administrator – in order to get any money into the assets at all – assigned the claims to a newly founded company with the consent of the creditors’ committee for a small payment of EUR 5,000.00. The insolvency administrator was not allowed to litigate in the insolvency proceedings. This company then asserted the claim of approximately EUR 470,000.00 in its name. The defendant, however, objected (among other things) that the plaintiff lacked active legitimacy since an assignment of a claim for rescission due to bankruptcy would not be permissible.

The defendant was following the legal point of view that was also supported by the prevailing doctrine. In Germany, the Federal Court of Justice had already taken a different view for some time, but the German legal situation is not entirely comparable to that in Austria. The Austrian legal system primarily qualifies the claim for rescission as a claim for the invalidation of an initially valid legal act, whereas in Germany the claim for rescission is characterised as a claim under the law of obligations for restitution.

In the present decision, the Supreme Court contradicted the prevailing doctrine and its two lower instances and permitted the assignment. He did not consider a “highly personal right of the administrator in bankruptcy for third parties” to be a given, nor could he recognise any legal obstacles to an assignment under insolvency law. At first glance, this is astonishing, since according to § 27 IO legal acts can be declared “invalid vis-à-vis the creditors of the insolvency proceedings” by challenging them and according to settled case-law any challenge must also be “capable of satisfaction”. The latter means that the challenge must lead to an increase in the assets involved in the insolvency proceedings, which is not the case due to the assignment price already being included in the assets involved and the lack of participation of the assets involved in the potential success of the proceedings. Nevertheless, the Supreme Court noted in the summary of his decision:

“The assignment (in return for payment) of rescission claims under the IO is in any case effective if, in addition to the claim to the shaping of law (invalidation in terms of § 27 IO), it also includes a claim to benefits based on this shaping of law (§ 39 IO). This shall not apply if such an assignment is made improperly or contrary to the purpose of insolvency. The reasonableness of the assignment price is irrelevant.“

On the one hand, the present decision enables insolvency administrators, even in the presence of insolvency poverty, to turn claims for rescission in the interest of the creditors into money for the insolvency estate. On the other hand, a potentially lucrative line of business opens up for interested parties. As the present case shows, the ratio between the assignment price and the (possible) rescission claim is considerable, so that it can be lucrative for interested third parties to buy up possible rescission claims “on a grand scale” and to take into account any individual litigation losses. In any case, the Supreme Court did not take offence at the discrepancy between the assignment price (EUR 5,000.00) and the possible claim for rescission (approx. EUR 470,000), but stated that a too low assignment price could only render the assignment ineffective if the assignment was objectively contrary to the purpose of insolvency, which, however, was already denied because of the existing poverty of the assets involved, which had prevented the administrator of the assets from conducting his proceedings in the first place.

Any cookies that may not be particularly necessary for the website to function and is used specifically to collect user personal data via analytics, ads, other embedded contents are termed as non-necessary cookies. It is mandatory to procure user consent prior to running these cookies on your website.